Domain ORG what is it? 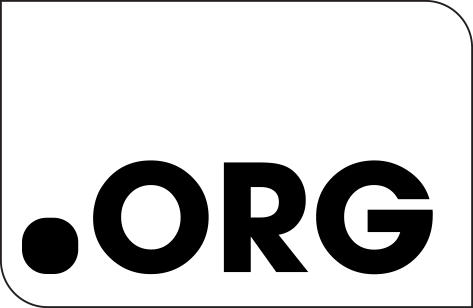 Domain name .ORG stands for Organization, organizations that register .ORG are usually non-governmental, non-commercial organizations that serve the interests of the community, religious, cultural and social fund.
Currently, ORG is considered a trusted domain name on the internet and is associated with non-commercial entities:
So the websites that own the .ORG domain have great reputation. But businesses can still register for .ORG to build trust from customers, from society, and improve business image. Use the .ORG domain name for your corporate charity arm and other domain names to protect your brand.

Benefits when registering a .ORG domain

If you have set up a website with a .ORG domain name, whose goal is not to make a profit, buy or sell, and your website must also represent an organization. The .ORG domain is a measure of the product you will bring to each person you serve. The ORG domain will help you:

.ORG gives credibility because this is the domain name when people think of other charities and non-profit organizations.

Websites with the .ORG extension often contain a lot of valuable information, which is knowledge from the community and helps people learn many important issues.

Fundraising will be easier

Have a specific target audience

Referring to the .ORG domain name, most internet users think of non-profit organizations and humanitarian purposes.
When running an NGO, in order for the organization to thrive, it is necessary to find the smallest support. And the .ORG domain name, although very small, is of great help on the internet. It is like a light shining on every corner of the internet. It reaches out to every internet user to call for support to build strength for your mission.

Raise your mission and inspire to the community

As more organizations or people like you operate with .ORG domains, the world will get better and better. You register the .ORG domain name, you are trying to fulfill your mission, always inspire your people for the following: More info about the .ORG domain

The .ORG domain name has been around since 1985 along with 6 other domains (.com, .us, .edu, .gov, .mil and .net) used to replace strings of numbers specifying web addresses. And a federally funded research institute operating in the eastern United States was first registered in July 1985.
After that first registration, 5 years later, 1990, the number of registrations has not reached 1 million. But just a decade later, the number has reached 10 million. More and more organizations or individuals want to bring good to everyone. Now, although there is no official rule that only non-profit organizations can own the .ORG domain name, this domain name is still associated with the meaning of giving to charity.
LOTS of BEAUTIFUL .ORG Domains are waiting for you
Register now
Domain name discount program at BKHOST is being deployed with very good incentives. Hurry up search domain beautiful and possessive before your competitors notice.

1. How long is the minimum .ORG domain name registration period?

At BKHOST, .ORG domain names are sold from 1 to 10 years. And the longer you use it, the more likely you are to save money. So, if there is a need for long-term website development, sign up for as long as you like and grow from there.

2. What is the regulation on characters when registering .ORG domain names?

4. How long does it take for me to renew my .ORG domain?

The time for you to renew your .ORG domain name is up to 40 days from the expiration date. But if you renew in which the first 30 days you can renew normally, the next 10 days you will have to renew at a higher price (price varies with time level). See more domain lifecycle here:

5. How can I manage the .ORG domain that I have registered?

Verisign Company - USA is currently the manager of international top-level domains, including the .ORG domain name.

All issues about domain name disputes and domain name policy, please find out here:
What are you waiting for!
Don't let your competitors own your brand on the internet
Register now